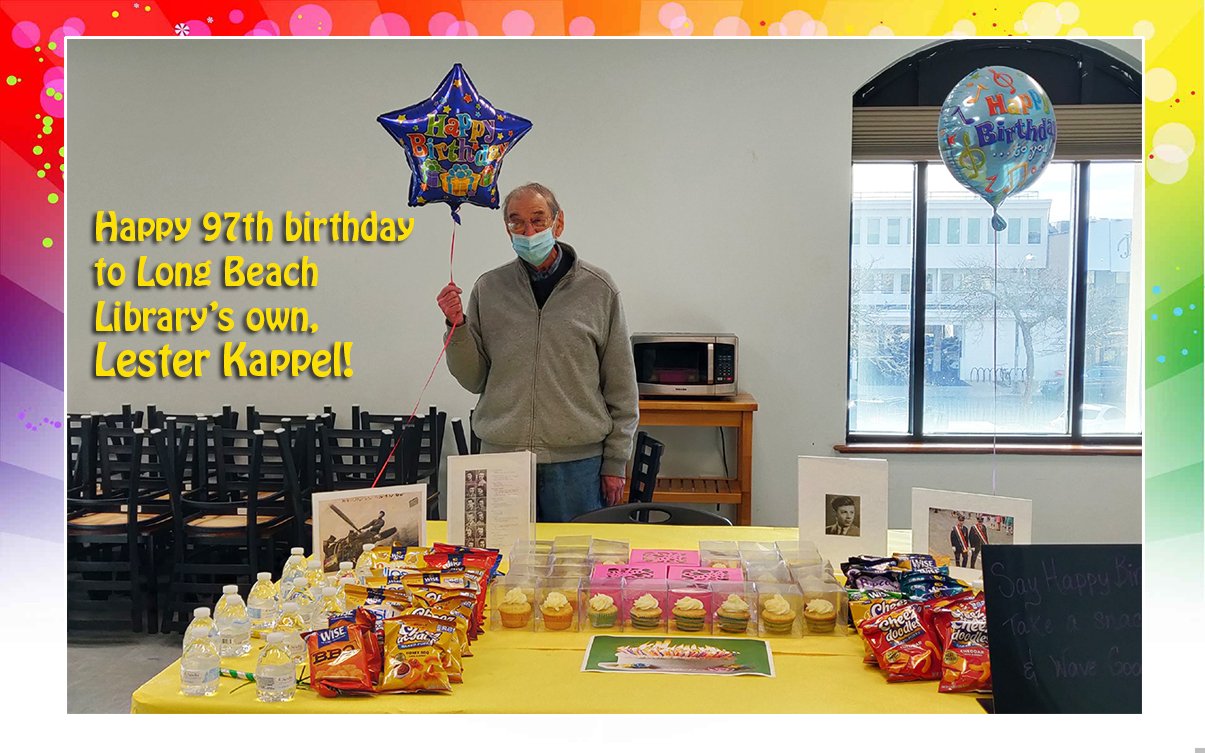 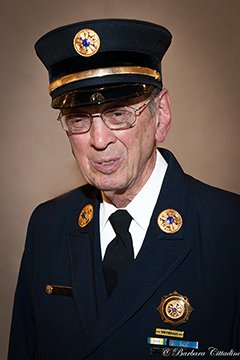 Lester has lived in Long Beach since he was seven years old and is a proud graduate of Long Beach High School, class of 1940.

After graduating Roosevelt Aviation School (at Roosevelt Field Airport)--where Lester studied to be an aircraft mechanic, building and maintaining plane engines—he was recruited by Pan American Airlines. He was sworn into the Navy as part of the Naval Air Transfer Service Command for about 18 months before transferring to the Army. He was stationed in Casablanca & Ankara, Turkey during the war, and when he returned to NY, he started working for Pan American again and worked on a Lockheed Constellation called the Plane that would change the world.

Lester met and married the love of his life, Gloria, in NY and has two sons and two grandsons. He has been working at Long Beach Public Library since 1983 repairing books and DVDs and has been instrumental in helping to build our local history programs with Librarian Eileen Pollis, Lester is also still an active volunteer with his local fire department.

Happy birthday Lester!
You inspire all of us – thank you for your dedication and hard work!